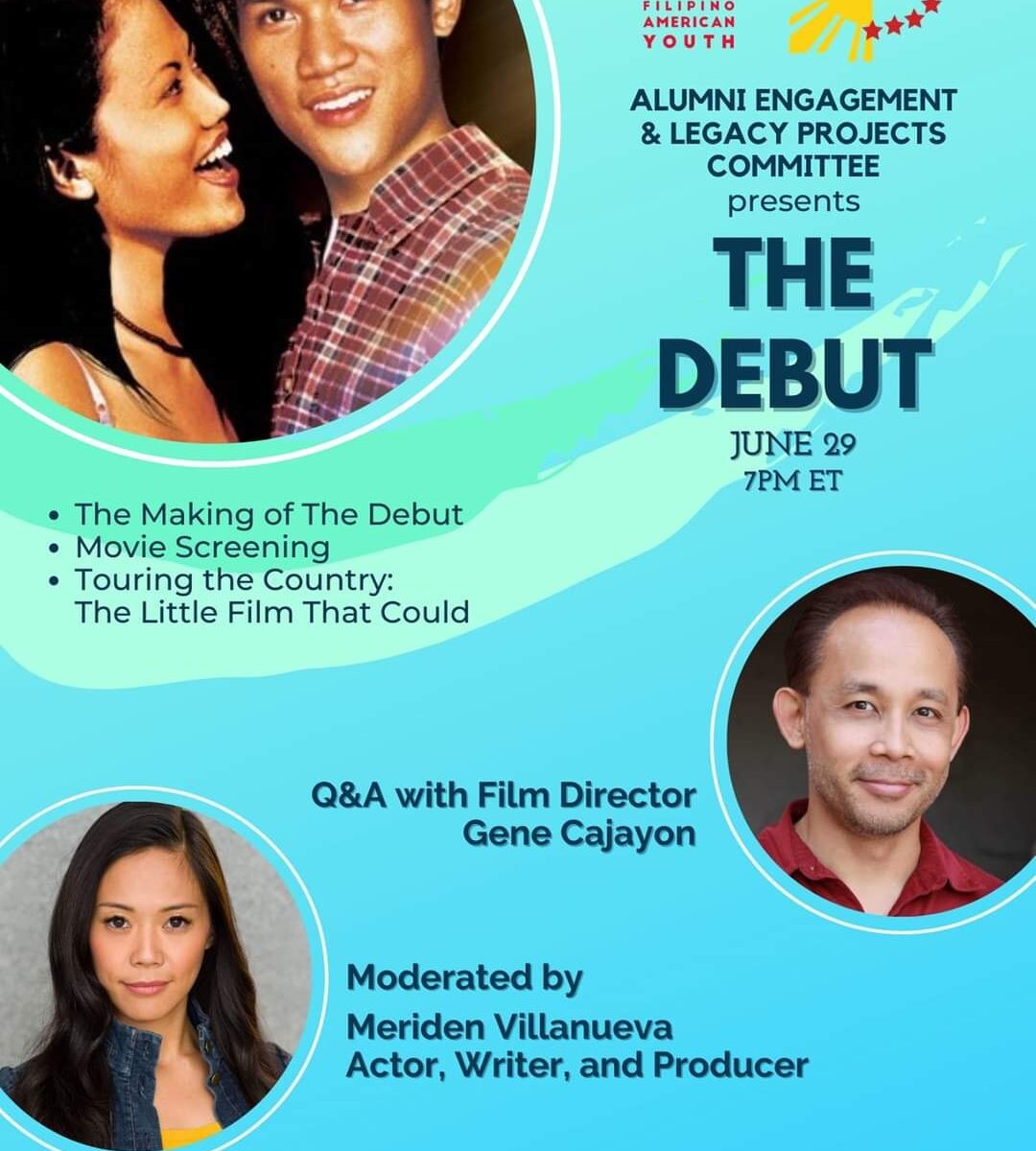 On June 29, “The Debut” starring Dante Basco, was screened to another generation. The coming of age film marks its 20th anniversary of the film’s debut this year.

“The stories of the characters in ‘The Debut’ continue to speak to the experiences of Filipino Americans to this day,” said Everett Icao and Lauren Lalicon of FYLPRO. “We were honored to highlight this groundbreaking movie on its twentieth anniversary. As the discussion between culture and identity in America deepens in mainstream conversation, it is important that we lift up the stories that speak to the Filipino American experience.”

In addition to screening the film, viewers also watched “Making the Debut,” the documentary of the creation of the movie. After the film, 2018 delegate, actor and Chief Development Officer for FilAm Creative Meriden Villanueva moderated a discussion with the film’s director Gene Cajayon. They talked about the challenges of independent filmmaking and the importance of supporting and telling Filipino American stories, and amplifying the storytellers in our community.

“Our screening and Q&A of ‘The Debut’ reminds the Filipino American community that there is still much work to amplify our stories,” said Professional Filipino American Youth. “The generational and culture clashes and racism that the characters endure are experiences that are familiar to even our youngest Fil-Ams.”

FYLPRO President Louella Cabalona closed the evening giving praise to Cajayon for blazing the trail in seeking Filipino American representation in mainstream media through a meaningful movie that also intimately touches upon the struggle of FilAms in finding their identity. She also reminded guests to watch out for other exciting events scheduled for this year including the very first FYLPROCon, the Filipino Young Leaders Virtual Conference 2021 in November.

To view that discussion, visit:

About the Filipino Young Leaders Program (FYLPRO)
FILIPINO YOUNG LEADERS PROGRAM (FYLPRO) is a network of high performing, next-generation leaders who advance the Philippines and the  Filipino people through their advocacy and expertise in various industries.

PROFESSIONAL FILIPINO AMERICAN YOUTH (PFAY) is a national 501(c)(3) nonprofit networking organization for young professional Filipino Americans (“Fil-Ams”). Founded in November 2017 in New Jersey, PFAY seeks to gather ambitious Fil-Ams who are established in their careers for the purposes of building a community of young professionals.