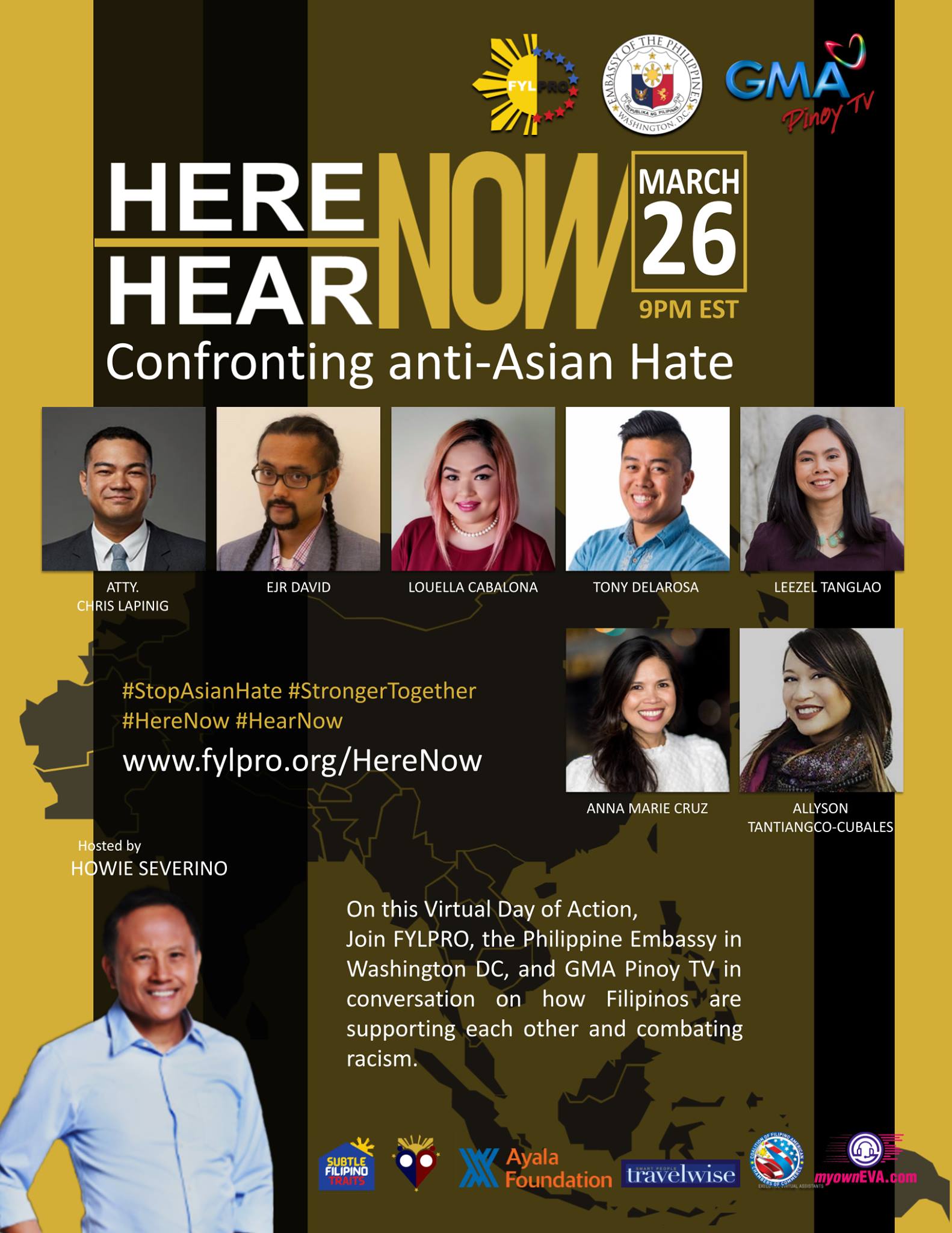 Reports of Asian elders being attacked across the United States have been on the rise since the pandemic started a year ago. Anti-Asian hate in America reached a flash point after the killing of 6 Asian women in Georgia on March 16. Filipino Americans, along with the larger Asian American community, are confronting the impacts of this violence and racism head-on by holding truth to power and not staying silent anymore on these injustices. Join the Filipino Young Leaders Program (FYLPRO), the Philippine Embassy in Washington D.C. and GMA Pinoy TV in conversation on how Filipinos are supporting each other and combating racism.

If you want resources on how to #StopAsianHate and get updates on FYLPRO’s events and programs, kindly fill out this form. 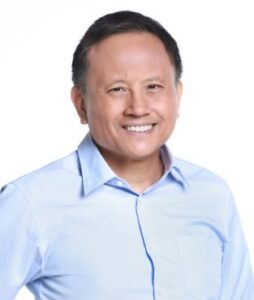 Howie Severino (Host)
“Howie” Severino has been a journalist for 33 years, and has produced over 200 TV documentaries, at least a dozen of which have won domestic and international awards. He anchored the morning news at GMA News TV for eight years. From 2009 to 2014, he was editor-in-chief of GMA News Online and headed GMA News’ social media operations.

In other stages of his career, he was a newspaper reporter, book co-author, magazine editor, and a co-founder of the Philippine Center for Investigative Journalism, of which he is still chair of the Board of Trustees. He is currently a Vice President of GMA Network, responsible for training and development of its journalists, as well as policies related to journalists’ safety.

He received his Masters degree in Environmental Policy from Sussex University in the UK. Howie returned to the Philippines in his twenties and became a political activist and teacher before entering journalism full time. He was a political prisoner during the Marcos regime.

He had to relearn to speak Filipino, and eventually became proficient enough to be a writer and broadcast journalist in Filipino. Learning to write in Baybayin has been an integral part of his lifelong journey to explore his identity.

He is a Covid survivor, after spending 11 days in isolation in a Covid referral hospital in the early days of the pandemic. His documentary on his experience, “Ako si Patient 2828,” recently won Best Documentary in the Philippines’ Gawad Tanglaw awards. He has spoken out often on various aspects of the pandemic, advocating for more research on new solutions, greater attention to mental health, and the possibilities for “post-traumatic growth.” 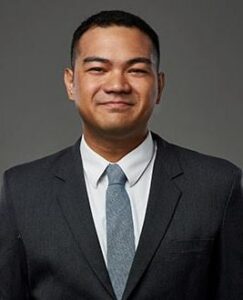 Chris Lapinig – Deputy Attorney General at the California Department of Justice, Los Angeles, CA (Panelist)
EMAIL: christopher.lapinig@gmail.com
Christopher Lapinig is an attorney based in Los Angeles, California. He previously served as a Skadden Fellow at Asian Americans Advancing Justice-Los Angeles, where he worked with Filipino victims and survivors of human trafficking. Born and raised in Queens, New York, Chris previously served as a law clerk to the Honorable Denny Chin of the Second Circuit. He was also the first Filipino American clerk to the Honorable Lorna G. Schofield of the Southern District of New York, the first federal Article III judge of Filipino descent in United States history. Chris was also a Fulbright Research Scholar in the Philippines, where he studied the call center industry. Chris graduated summa cum laude from Yale College and obtained his J.D. from Yale Law School. 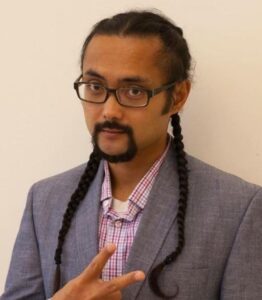 E.J.R. David – Professor of Psychology, Alaska (Panelist)
EMAIL: ejrdavid@gmail.com
E.J.R. David was born in the Philippines by Kapampangan and Tagalog parents, and grew up in Pasay, Las Pinas, Makati, and Utkiagvik, Alaska. He lives in Anchorage, Alaska or DgheyayKaq – the traditional homelands of the Dena’ina Athabascan People – with his wife Gee’eedoydaalno (Koyukon Athabascan) and their four children – Malakas Betlee’ hoolaanh, Kalayaan Neełnohʉłno, Kaluguran Hoozoonh ts’e kk’ohoo’oyh, and Tala Nodoyedee’onh – and countless relatives and friends.

Dr. David has traveled to various states as an invited workshop facilitator, speaker, and presenter on Ethnic Minority, Asian American, and Filipino American psychology since 2002. He has published theoretical and empirical works on Internalized Oppression or Colonial Mentality, including Brown Skin, White Minds: Filipino -/ American Postcolonial Psychology (Information Age Publishing) and Internalized Oppression: The Psychology of Marginalized Groups (Springer Publishing), which is the first book to highlight the universality of internalized oppression, but at the same time acknowledges its unique manifestations and implications for various groups such as African Americans, Latinx Americans, Asian Americans, Pacific Islanders, American Indians, Alaska Natives, women, the Lesbian, Gay, Bisexual, and Transgender community, and people with disabilities. Dr. David’s most recent books are The Psychology of Oppression (Springer Publishing) and We Have Not Stopped Trembling Yet (SUNY Press). Dr. David is also a contributor to Psychology Today and The Huffington Post, periodically writing about the psychology of race, ethnicity, and culture.

Dr. David was the 2007 recipient of the American Psychological Association (APA) Society for the Psychological Study of Ethnic Minority Issues (Division 45) Distinguished Student Research Award “for his significant contribution in psychological research related to ethnic minority populations.” In 2012, Dr. David was honored by the APA Minority Fellowship Program (MFP) with the Early Career Award in Research for Distinguished Contributions to the Field of Racial and Ethnic Minority Psychology, citing his “outstanding scientific contributions and the application of this knowledge toward the improved mental and physical well-being of people of color.” In 2013, he was also chosen to receive the Asian American Psychological Association Early Career Award for Distinguished Contributions to Research. In 2014, he was honored by the Alaska Psychological Association with the “Cultural Humanitarian Award for Exemplary Service and Dedication to Diversity, and in 2015 he was inducted as a Fellow by the Asian American Psychological Association for “Unusual and Outstanding Contributions to Asian American Psychology.” In 2020, he was awarded by the Alaska State Legislature with an honorary citation recognizing “his scholarly body of work and contributions to life in Alaska.” Also in 2020, Dr. David was honored by the First Alaskans Institute with the Friends of First Alaskans Ted Stevens Award because he “has greatly impacted and strengthened the work of racial equity and social justice in Alaska” and for “consistently using his expansive global and local platforms to call for immigrant and Indigenous solidarity.” 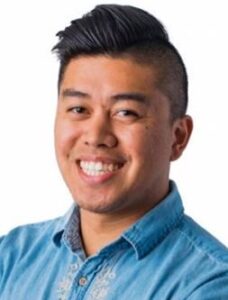 Tony Delarosa – Racial Equity Strategist & Motivational Speaker, Miami, FL (Panelist)
EMAIL: tony.delarosa@fylpro.org; tonydelarosa513@gmail.com
Tony DelaRosa is an aspiring Anti-Bias & Anti-Racist Educator, Motivational Speaker, DEI Consultant, Poet, and overall Cultural Broker. In 2013, he co-founded Pulse Poetry, a school elective course and after school program which uses spoken word pedagogy and public speaking to empower youth voice in Indianapolis, Boston, Miami, and across the globe. He has a Masters in Teaching at Marian University and a Masters in Education with a focus on Arts Non-Profit Management from Harvard University. In 2015, because of his work with Pulse Poetry, he was invited by the Secretary of Foreign Affairs of Mexico to speak on the power and impact of Arts Education and International Exchange. He served as a Board Director of the Filipino Young Leaders Program (FYLPRO) a 501c3 sponsored by the Ayala Foundation and Philippine Embassy to strengthen US to Philippine relations in the field of education. His work has been featured in NPR, Harvard Ed Magazine, the Smithsonian, Columbia University’s Hechinger Report, Hyphen Magazine: Asian American Unabridged and elsewhere. He’s currently working on an education series called “#ISANGBAGSAKasVERB” which focuses on cross-racial & cross-ethnic coalition building to help communities practice solidarity in action and has co-founded NYC’s first Asian American teacher support, development, and retention initiative called AATEND under NYC Men Teach, the NYC DOE, and Office of the Mayor. 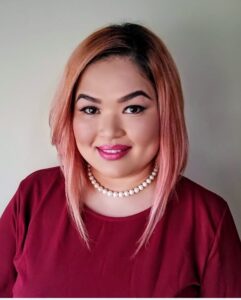 Louella Cabalona – FYLPRO President, Chicago, IL (Panelist)
EMAIL: louella.cabalona@fylpro.org; louellarose@gmail.com
Louella Rose Cabalona is the Founder, Creative Director, Producer and Lead Singer of Filipino folk fusion band, SamaSama Project channeling her creative energies as a TV, commercial and musical theater actor with Repertory Philippines and Tanghalang Pilipino in Manila as well as Theaterworks in Singapore. She is a Senior Manager for Data and Analytics Solutions at BCBS of Illinois. An active community leader, Louella is the President of FYLPRO, the Filipino Young Leaders Program. She also serves on the board of Directors for Asian Popup Cinema, the Philippine American Chamber of Commerce of Greater Chicago (PACCGC), and the Midwest Pilipino American Coalition (MPAC). She is passionate about sharing Filipino culture in the modern world and actively supports all outstanding Filipinos around the globe through her writing in Via Times News Magazine and her various advocacies. 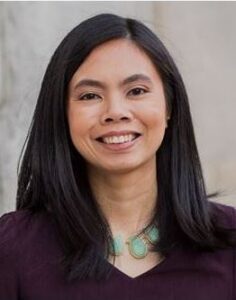 Leezel Tanglao – FYLPRO Vice President, Carson, CA (Panelist)
EMAIL: leezel.tanglao@fylpro.org
Leezel is a data-driven bridge journalist at the intersection of editorial, product, audience development, business development, marketing, and sales. She is a 2019 Filipino Young Leaders Program (FYLPRO) delegate and is FYLPRO’s 2021 Vice President. She is the chair of the FYLPRO COVID19 Taskforce. She is the Project Director of Tayo, a virtual help desk for Filipinos during COVID19. 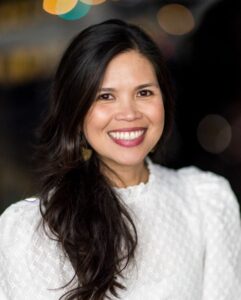 Anna Marie Cruz – Founder, Entrepinayship, Los Angeles, CA (Panelist)
EMAIL: annamarie.b.cruz@gmail.com
Anna Marie is also the founder of Entrepinayship, originally a FYLPRO legacy project, which advances entrepreneurship as a vehicle for self-determination and aligned with the vision for every Filipina to realize her full potential. Anna Marie Cruz is a community economic development leader and since 2012, has been assisting minority small business owners access the resources they need to succeed. She has held roles in advising, lending, and programming at recognized organizations committed to leveling the playing field for women, entrepreneurs of color, and those from underresourced communities. She has a BA in Sociology from Cal State Long Beach and an MBA from the University of Michigan. 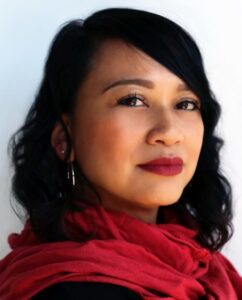 Allyson Tintiangco-Cubales (Panelist)
EMAIL: pepdirector@gmail.com
Dr. Tintiangco-Cubales was born and raised on land stewared by Ohlone people with parents who were immigrants from Batangas and Tarlac in the Philippines. Dr. Tintiangco-Cubales is an award-winning professor in the College of Ethnic Studies at San Francisco State University. Since 2000, she’s been teaching in the Asian American Studies Department with a focus on Filipina/x/o (American) Studies. She is also an affiliated faculty member in the Educational Leadership Doctoral Program. She has mentored hundreds of critical master’s and doctoral students who are now teaching and working in schools, colleges, and community organizations across the nation. She is also the co-founder and director of Community Responsive Education (CRE), a firm that supports youth wellness through research and the development of responsive, equitable, and justice-driven educators. She is currently providing direct support to schools, districts, counties, and organizations in San Francisco, Daly City, Oakland, Santa Clara, New York, and Baltimore. Her most recent endeavor with CRE is the development of a community responsive wellness index that will be used in schools across the nation. In 2001, she founded Pin@y Educational Partnerships (PEP), a “barangay” that focuses on providing schools with Ethnic Studies courses and curriculum, developing radical educators, and creating resources for Filipina/x/o communities and similarly marginalized people. She has worked with several school districts throughout the nation, including the San Francisco Unified School District, to co-develop Ethnic Studies, Social Justice, and Filipino Language curriculum. She is the author of four books of curriculum and numerous articles focused on the applications of critical pedagogy, Ethnic Studies curriculum, Motherscholarship, and Pinayism. Allyson coined Pinayism in 1995 and has stayed committed to developing Pinay sisterhood and she currently sits on the board of Pinayista. She also prides herself in being a “cheerleader” who supports many people to find their sacred purpose so that they can contribute to community actualization. Allyson is also currently in the Immersion DIWA program learning to use decolonial medicine to support her process toward self-love. Allyson is a loving partner to Val Tintiangco-Cubales, a phenomenal teacher and leader and the mother of Mahalaya, a prolific dancer and artist.