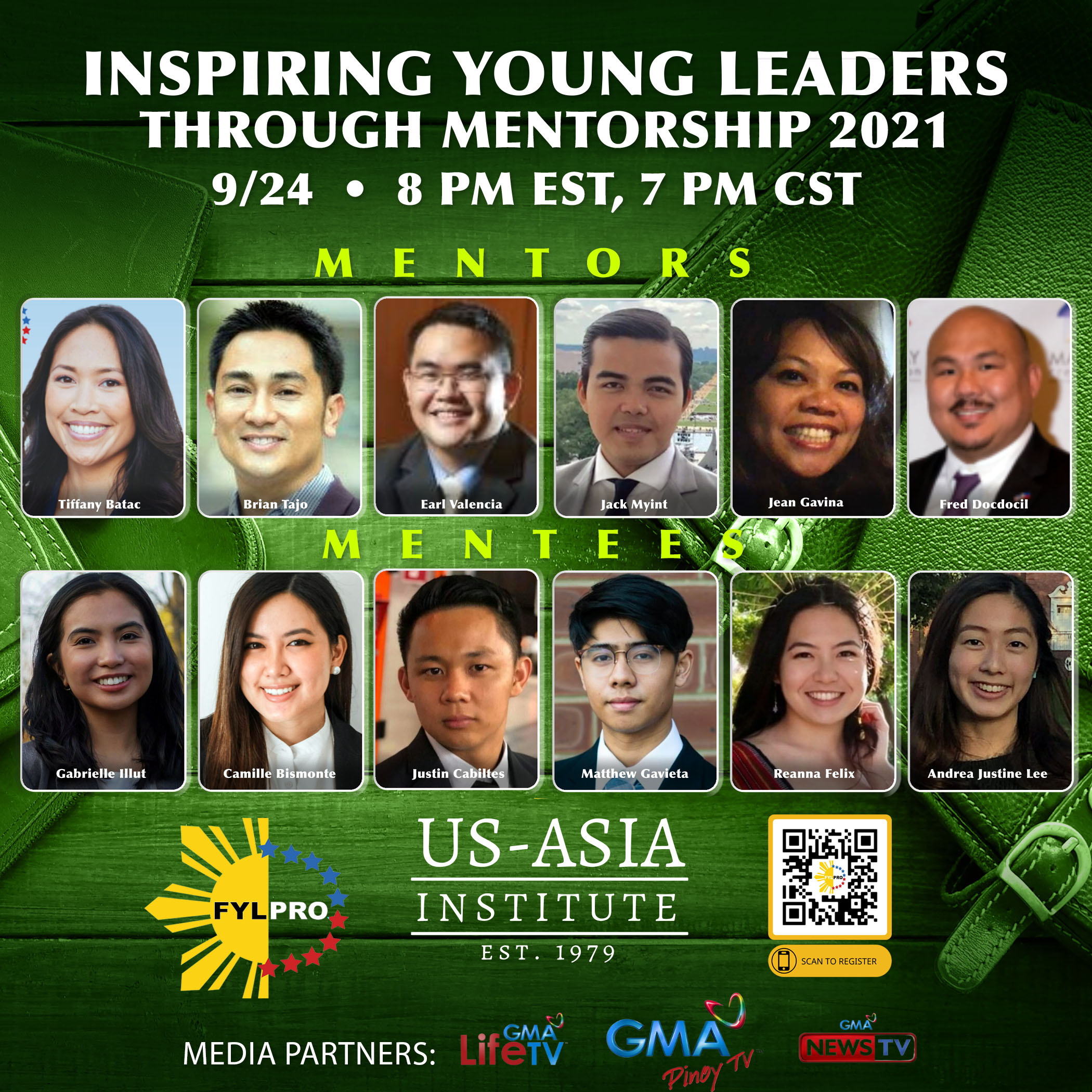 Join us on September 24, 2021 at 8pm ET, as mentors and mentees will share highlights of their experience with the program. 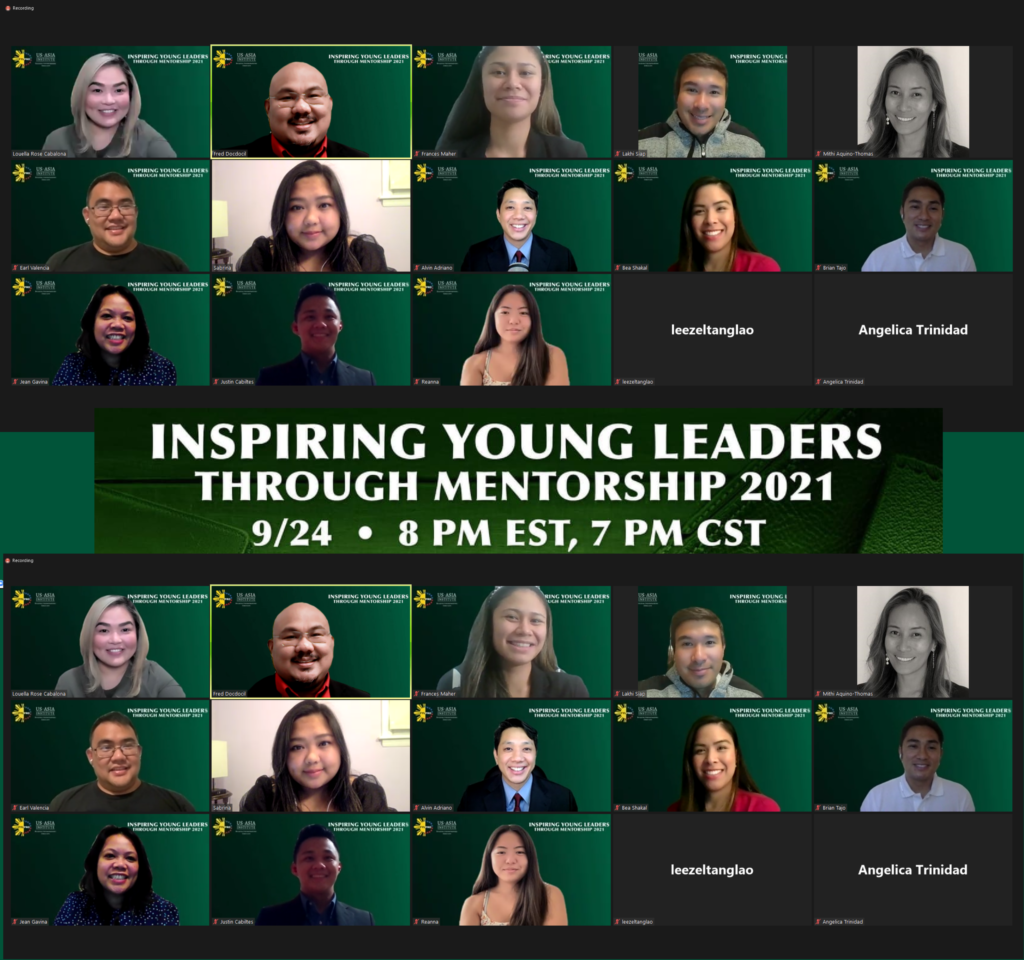 To watch the highlights of this event, watch it here! 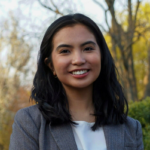 Gabrielle Illut is a senior at Benedictine University, majoring in International Business & Economics and minoring in Political Science and Spanish. There, she served as the leader of their award-winning Model United Nations program, coordinating a delegation between the United States and China. An active member in her community, Gabrielle is working for the non-profit Glen Ellyn Children’s Resource Center, ensuring that families have the resources they need to succeed. She also serves on the DuPage Higher Education Service Council as a Student Leader, planning county-wide initiatives to support non-profit organizations. Gabrielle’s passions include international business and economic empowerment for overlooked communities in the United States and Asia. 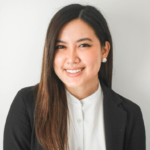 Camille Bismonte is an Economics major at Georgetown University. She spent the past academic year as an NSEP David L. Boren Scholarship in Jakarta, Indonesia, where she worked at an Indonesian foreign policy think tank. Afterward, she interned at the CSIS Southeast Asia Program in Washington, D.C. She also was a Critical Language Scholar in Indonesia (2018), and a recipient of the FLAS Scholarship for Wikang Filipino (2020). Her other interests include advocacy for transfers, language learning, and international exchange as a first-generation student. She is passionate about Southeast Asian geopolitics and economic security and aspires to be an economic officer in the foreign service. 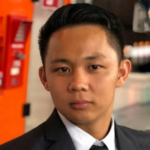 Justin Cabiltes is a rising senior and Magnolia Scholar at Wake Forest University, majoring in Economics with an interest in Computer Science. At Wake Forest, Justin serves as Treasurer for the Asian Student Interest Association and mentor for the LatinX Mentoring Initiative. As a student fellow with the Race and Inequality Policy Initiative, Justin is developing a comprehensive virtual library of academic resources pertaining to housing and systemic racism. Justin aspires to further support underprivileged Asian American communities with his work in economics and data analysis. 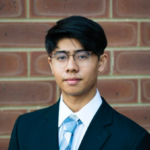 Matthew Gavieta is a Junior studying at Cornell University majoring in Industrial and Labor Relations (ILR) with minors in Law & Society and Philosophy. He is the President and Founder of the Cornell Intellectual Property and Ethics Club, a professional organization currently engaged in patent inequality research and a case competition addressing accessibility on campus; he is a brother of the Kappa Alpha Pi Pre-Law Fraternity, Peer Mentor for the ILR School, and Treasurer of the Cornell Filipino Association during his second year. He is also an Intellectual Property Analyst of a quickly growing EdTech startup called rapStudy. As an Eagle Scout, he is also heavily involved in Cornell’s outdoor community as a guide for Outdoor Odyssey and a Rock-Climbing Instructor. Matthew is mainly interested in intellectual property law and policy and cybersecurity. Some of his main career aspirations are to help shape intellectual property law and policy and work with entrepreneurs. 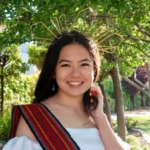 Reanna Felix, a Bay Area native, is a rising sophomore at Dominican University of California where she majors in Nursing and minors in Psychology and Leadership Studies. She also pursues a degree in Public Health at her local junior college. At Dominican, she explores San Francisco and is involved in Kapamilya (DU’s Filipino organization) and student government. Reanna spends her time involved in different organizations like STOP AAPI Hate and FYLPRO which has further developed her passion for advocating on issues within the AAPI community and healthcare equity. As a first-generation student, Reanna hopes to be a Physician Assistant and work in health policy, aiming to help improve the healthcare system of underrepresented communities, like hers, that are home to many multi-ethnic, first-generation, low socioeconomic status immigrants. 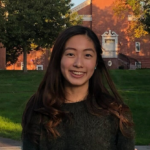 Andrea Lee is a rising junior at Yale University majoring in Global Affairs. On campus, she serves as the Political Chair for Kasama: The Filipinx Club at Yale, is an executive producer at the Yale Daily News Podcast Desk, and mentors first-year students as a peer liaison for the Asian American Cultural Center. Additionally, she conducts research on housing inequality for Desegregate CT, contributing to zoning reform at both the state and local levels. In the future, Andrea hopes to work at the intersections of transnational migration, environmental justice, and infrastructure development in the Asia-Pacific. 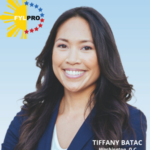 Tiffany currently serves as Manager of the Asset Management Service Area at WSP | Parsons Brinckerhoff, where she leads a portfolio of transportation asset management and resiliency projects and initiatives across North America. Tiffany has distinguished herself as a rising leader in her field, and her efforts to address extreme weather and climate change risks through asset management have created new adaptive strategies to build system resilience. After graduating from the University of California at Berkeley, Tiffany served on the Board of Directors of the Young Filipino Professionals Association (YFPA) where she co-led the launch of its first mentoring program. Since 2007, she has served on the Women’s Transportation Seminar (WTS) Board, and most recently as Chairwoman of the Glass Ceiling Task Force where she has spearheaded first-of-its-kind studies to promote diversity and improve the recruitment, development, and retention of women in transportation. In 2014, Tiffany was awarded the Rosa Parks Diversity Leadership Award in recognition of her extraordinary efforts to facilitate professional opportunities for women and minorities, and for her contributions to the promotion of diversity, inclusion, and multi-cultural awareness. 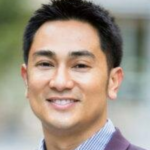 Son of Marjorie Cuachon and the late Daniel Tajo, Brian Tajo is a successful business professional having held prominent roles at various Fortune 500 organizations. He started his career at IBM where he spearheaded a new consulting practice to help clients implement Software-as-a-Service solutions. He received Johnson & Johnson’s CEO award for leading a multi-million dollar project where he helped to grow a global shared service operation from Paranaque, Philippines. He was named IT Leader of the year at Salesforce and his work leading the Employee Success product team has garnered speaking invitations at multiple technology conferences as well as publications in industry white papers. As a member of JCI Philippines New York, he helped to organize community events such as Beauty with a Purpose, a campaign for high school females to pursuit careers in male-dominated industries, a musical show to raise funds for streets of dreams project in the Philippines, and East meets West, an annual week-long student exchange program where middle school students from Japan interact with Filipino American students during United Nations week. Brian received a Master of Business Administration from the University of California Berkeley and a Bachelor of Science in Business Information Technology from Virginia Tech. 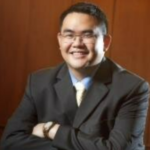 Earl Valencia is a venture advisor for start-ups and corporate innovation teams where he focuses on growing companies or emerging business units from seed to scale. Based in San Francisco, he is currently a Managing Director for Digital Transformation for a Fortune 500 bank and Co-founder of Cognity Labs, one of the first virtual startup accelerators connecting emerging markets and Silicon Valley tech diaspora. He was part of the Advanced Engineering team for Dell EMC and previously was the Program Manager for Corporate Data at Bridgewater Associates, the world’s largest hedge fund.

Mr. Valencia was a Business Incubation Manager at Cisco’s Emerging Technologies Group, a Senior Systems Engineer at Raytheon Space and Airborne Systems in Los Angeles, and worked in VC firms H&Q Asia Pacific in Manila as well as Investor Growth Capital in Menlo Park. He is a member of the Science and Technology Advisory Council and co-founded both QBO and IdeaSpace Foundation, in his passion to contribute to the Philippine start-up ecosystem. 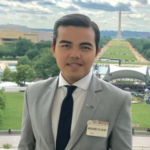 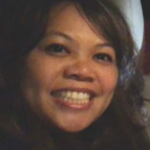 Jean Gavina is a Clinical Strategy Manager with a background in Health Administration and Nursing. Her experience is in strategy and operations, quality improvement and relationship development. Jean holds expertise in the implementation of technology platforms and tools to support operations. She has worked in project management, program development and launch of new clinical programs. 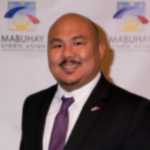 A Public Relations Commissioner for the City of Carson, CA, Frederick Docdocil is an active member of multiple Filipino American organizations, including the Filipino Community of Carson (FCC) and the National Federation of Filipino American Associations (NaFFAA). He is a Board Member and Vice President of Kagay-anons of Southern California (KSC); a President Emeritus and current Board Member / VP of Membership for the FilAm Chamber of Commerce of SouthBay LA Area (FACC-SLAA); the President / Chairman of the Board / Trustee for the Philippine Independence Day Foundation, Inc. (PIDF); and a Household Head & Speaker for Couples for Christ (CfC).

Professionally, Fred is the Mabuhay Branch and Business Development Coordinator for Mabuhay Credit Union, which is among the very first full-service Financial Institution to specifically help the Filipino and greater Community in Southern California and beyond with their financial services needs. Fred is a proud recipient of the Top Outstanding Pilipino (TOP) award for Community Leadership, as well as having been among the awardees for Outstanding Filipino Americans in the USA.