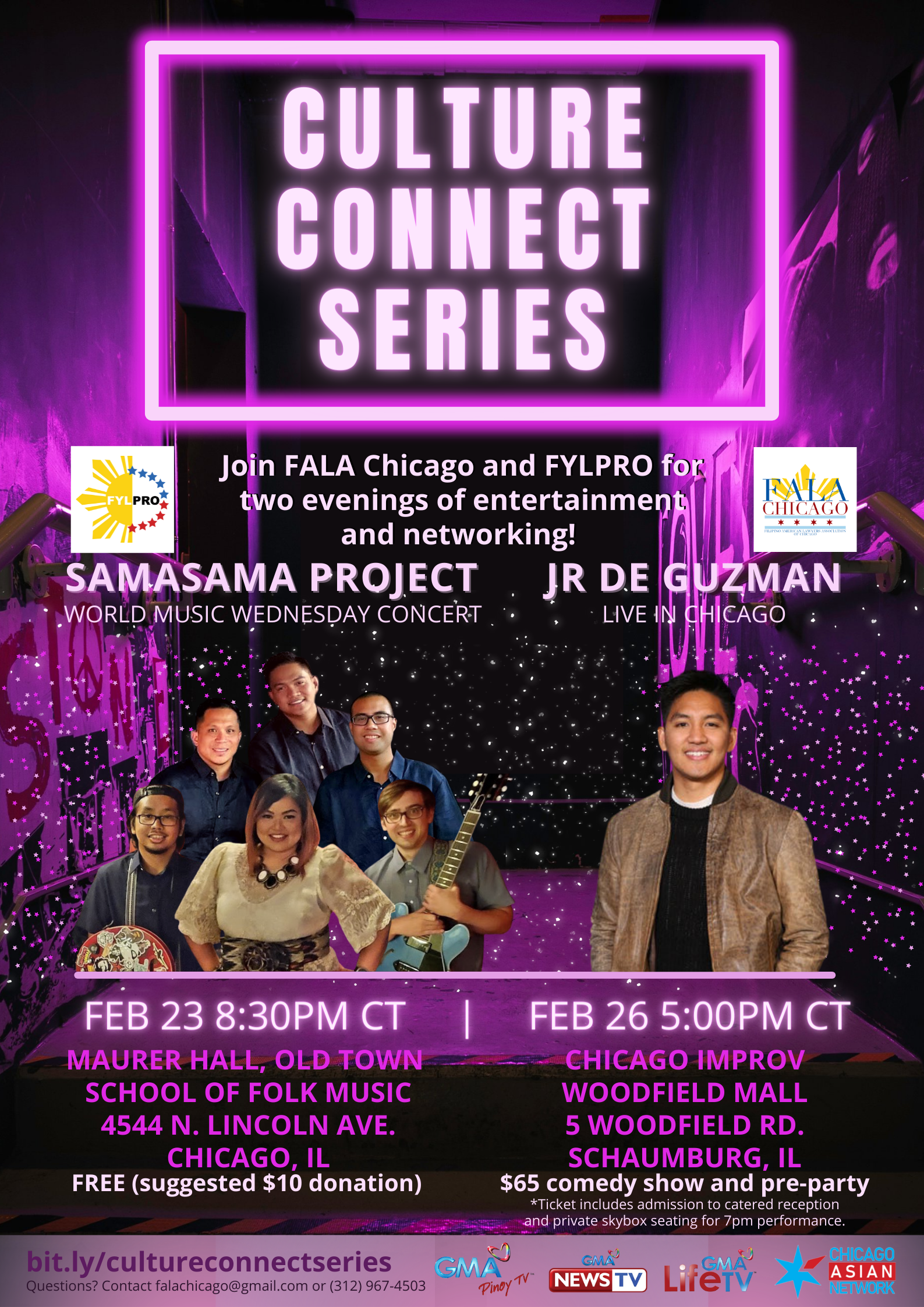 Winter blues dragging you down? We have the remedy!

Join FALA Chicago and FYLPRO for two evenings of entertainment and networking during our first-ever Culture Connect Series, happening on February 23 and 26. The first night will feature a World Music Concert Showcase by Filipino folk fusion band SamaSama Project, performing live at 8:30pm at the Old Town School of Folk Music in Chicago. On the second night, groove out and get your laugh on at Chicago Improv Comedy Club with the musical comedy of JR De Guzman, winner of StandUp NBC and star of The Comedy Lineup on Netflix. Admission to the Saturday event includes private skybox seating for JR’s sold out 7pm set and a networking pre-party with FALA Chicago and FYLPRO at 5pm. Capacity is extremely limited, so reserve your spots now! Registration for SamaSama Project ends on February 22 and ticket sales for JR De Guzman end on February 21. (COVID-19 safety protocols will be in effect at both venues)